THE FOLLOWING DOES NOT REPRESENT ANY OFFICIAL POSITION OF UNSW, CIAIR, OR MEMBERS OF CIAIR.

As researchers and engineers working on artificial intelligence and robotics, we are greatly concerned by the opening of a “Research Center for the Convergence of National Defense and Artificial Intelligence” at KAIST in collaboration with Hanwha Systems, South Korea’s leading arms company. It has been reported that the goals of this Center are to “develop artificial intelligence (AI) technologies to be applied to military weapons, joining the global competition to develop autonomous arms.”

At a time when the United Nations is discussing how to contain the threat posed to international security by autonomous weapons, it is regrettable that a prestigious institution like KAIST looks to accelerate the arms race to develop such weapons. We therefore publicly declare that we will boycott all collaborations with any part of KAIST until such time as the President of KAIST provides assurances, which we have sought but not received, that the Center will not develop autonomous weapons lacking meaningful human control. We will, for example, not visit KAIST, host visitors from KAIST, or contribute to any research project involving KAIST.

If developed, autonomous weapons will be the third revolution in warfare. They will permit war to be fought faster and at a scale greater than ever before. They have the potential to be weapons of terror. Despots and terrorists could use them against innocent populations, removing any ethical restraints. This Pandora’s box will be hard to close if it is opened. As with other technologies banned in the past like blinding lasers, we can simply decide not to develop them. We urge KAIST to follow this path, and work instead on uses of AI to improve and not harm human lives.

KAIST (formerly the Korea Advanced Institute of Science & Technology) is South Korea’s leading research university, ranked 46th in the world in the QS World University Rankings. KAIST has 60 professors working in artificial intelligence. The Korean Times reported that the Research Center for the Convergence of National Defense and Artificial Intelligence was opened on February 20th.

Hanwha Group is one of the largest business conglomerates in South Korea. It was founded in 1952 as Korea Explosives Co. Hanwha is involved in the production of cluster munitions which are prohibited under the UN Convention on Cluster Munitions. As a result, Norway excluded Hanwah from its $380 billion pension fund on ethical grounds. Whilst over 100 nations have signed the Convention on Cluster Munitions, South Korea is not one of them.

In May 2014, the South Korea ambassador to the UN Ambassador Ahn Youngjip said to the Meeting of Experts on Lethal Autonomous Weapons Systems for the Convention on Certain Conventional Weapons (CCW) that the “Republic of Korea continues to pay due attention to ethical considerations surrounding the use of robot systems for civil and military purposes”.

In July 2015, thousands of AI researchers from around the world signed an open letter to the UN calling for a ban on offensive autonomous weapons beyond meaningful human control. In August 2017, this was backed up by over one hundred founders of AI and robotics companies who signed a similar letter calling on the UN to act on the issue.

In November 2017, the United Nations began formal discussions about a possible ban on autonomous weapons, in the context of the first meeting of a Group of Governmental Experts to the Convention on Certain Conventional Weapons. This group re-convenes again in April at the UN in Geneva. To date, 22 nations have called for a pre-emptive ban on autonomous weapons. The Campaign to Stop Killer Robotsbrings together a number of NGOs like Human Rights Watch, PAX and the International Committee for Robot Arms Control calling for such a ban. 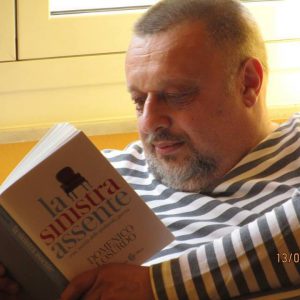